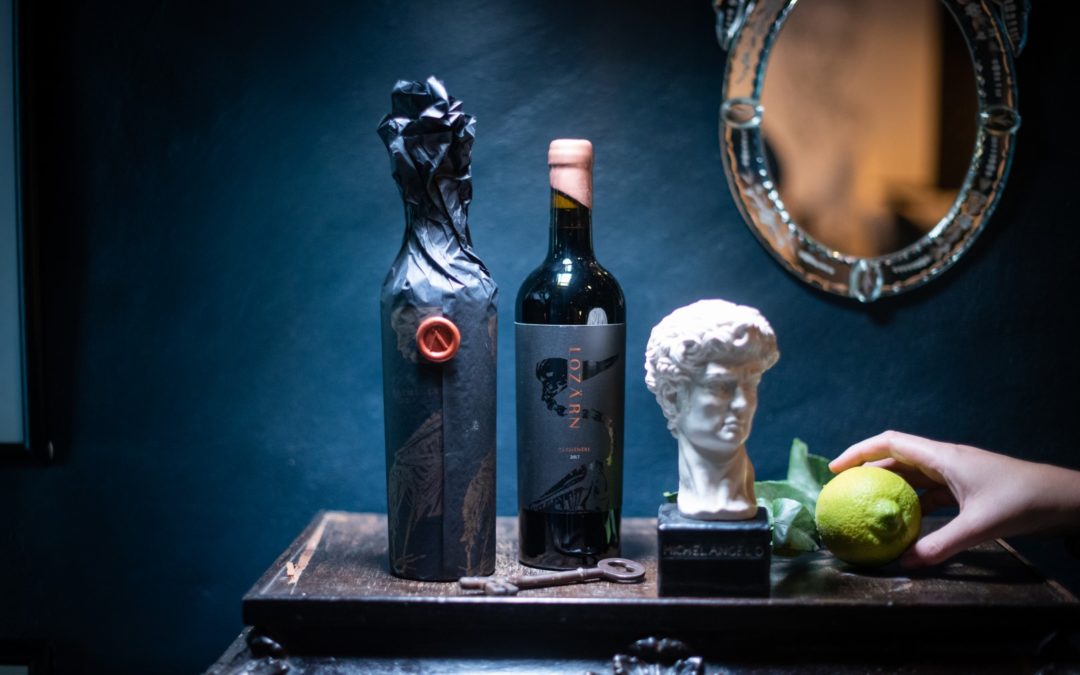 Lozärn Wines, handcrafted on Doornbosch farm in the Robertson region, are the champions of the carménère grape variety on home soil. In 2012, winemaker Salóme Buys-Vermeulen was enjoying a fine Chilean carménère with husband, Sybrand and a friend. She says it “was love at first sip”. This moment led to her planting a carménère vineyard in 2014. From this block Lozärn Wines produced the first single-varietal carménère in South Africa.

Carménère Day, celebrated annually on 24 November, has inspired Salóme to share carménère’s story of origin, its journey at Lozärn, as well as why all South Africans should be enjoying a glass on Carménère Day.

It’s a tale of three continents; beginning in France, then on to South America, and finally to South Africa. Known as the ‘Lost Child of Bordeaux’: carménère was one of the original six red varieties used in the blends of Bordeaux, along with the famous five—cabernet sauvignon, cabernet franc, merlot, malbec and petit verdot.

Carménère disappeared from France with the phylloxera epidemic in the late 1860s. When it came to replanting, it’s said the Bordelaise favoured the other five varieties, in particular merlot and cabernet sauvignon. The reason? Carmenère was a tricky grape to work with, it produced low yields and was susceptible to mildew and coulure.

“So ultimately the French thought carménère was a forgotten child, lost for ever, but a few vines made their way to Chile in between the merlot plantings,” shares Salóme.

Somehow carménère plantings had been brought to Chile in the 1850s, pre-phylloxera. The plant material was mistaken for merlot, and was rapidly planted around the country as ‘merlot’.

“On the 24th of November in 1994 a French researcher picked up on differences in a merlot block in the Maipo Valley,” reveals Salóme. “He identified that the twisted stamens of the vines were not merlot. He thought the vines were actually the ‘extinct’ carménère.” Consequent DNA tests proved he was right. The cultivar was re-propagated, 8000 ha in Chile, 8.5 ha in SA and 20 ha in France.

Lozärn Wines produces both a single-varietal carménère as well as a rosé carménère. The estate launched their maiden vintage 2016 in December 2017, with just 100 bottles, alongside a 100 per cent Carménère Rosé 2017.

Only 2000 bottles of the Carménère 2017 have been produced. Redolent with cherry and purple plum notes, the profile deepens into darker fruit on the palate with mulberries and blackcurrant with soft, fine tannins. “The flavour of choc-mocha it develops from the wood contact is just exquisite,” says Salòme.

The estate-grown carménère is not only produced in limited qualities, but is also challenging variety to make, and as such it commands a premium price.

Salóme explains the time-consuming process of bringing a single varietal carménère to market: “At the moment, as far as we know, there is only one clone of carménère available, which makes it even harder to work with to adjust to various soil types. We can’t adapt the clone to the specific sites, like we can for every other cultivar.  Meaning it won’t thrive everywhere!

“Site is the most important. We’ve found that it thrives in drier, warmer areas. Carménère doesn’t do well with large temperature differences between day and night, such as you find in coastal areas. Clay soil is also risky as it retains too much water and the soils are also too cool.

“To produce a top, premium wine, you need to make sure you give the grapes the longest possible ripening season, alongside some other vineyard practices, such as removing side shoots early on in the season to reduce the level of natural pyrazines [that green bell pepper aroma] in the flavour profile.”

On the site, Salome elaborates: “When it came to planting we decided to use the block in the farthest corner of farm with a high content of shale soil. We thought of it as more of a trial more than a success story. But it turns out that carménère loves the well-draining shale soils, and it thrives in Bonnievale’s warm and dry climate.”

Carménère is tricky to manage in the vineyards as it is a vigorous variety, which needs poor soils and very little water to control the vigour.  It ripens late and it is difficult to ripen its tannins, but when they are handled correctly, the tannins become beautifully soft. It’s also famous for its overtly green herbaceous notes (pyrazines), which can be balanced with fruit and spicy notes brought about with careful viticulture.

“We had to learn along the way that the yields are naturally small and that the birds will eat a third of the block,” says Salóme. “We are making plans though for the new season, with netting for the rows going through veraison. But when it comes to the wine making process itself I handle it like I do most Bordeaux cultivars; with great care and loads of time. Carménère does not want to be rushed.

“In the cellar I strive for controlled fermentation temperatures. We do more pump overs than punch downs as well as being as gentle as possible on the skins,” shares Salóme on the winemaking process. “Then you just need watch it like a hawk the next 15 months in barrel, making sure it’s a full barrel at the right temperature.”

The Carménère Rosé 2019 has just been released to market. In even smaller quantities than the red, only 700 bottles have been produced. On this wine enjoy notes of candyfloss, strawberries and Pink Lady apples. “It’s a wine for the setting of the summer sun; pair with prosciutto, Brie and tapas, and good company,” says Salóme.

“In previous vintages we brought the grapes in separately for the rosé, but for 2019 I decided to draw off the juice from my red batch after three hours on the skins in the bid to create more intensity in the carménère red wine.”

The 2019 rosé has been sealed with a claret cork. Comments Salóme on the closure: “Since the Lozärn Carménère Rosé is the only one of its kind in South Africa we felt we had to honour this style of rosé and its Bordeaux origin, with the right bottle shape first of all and then the cork is a reflection of who we are as a premium producer, and how our wines have been made to develop and age gracefully.”

Join Lozärn Wines this Carménère Day and raise a glass of the lost child of Bordeaux, which has now found a new home in South Africa.