Slow Magazine – For the love of Carménère 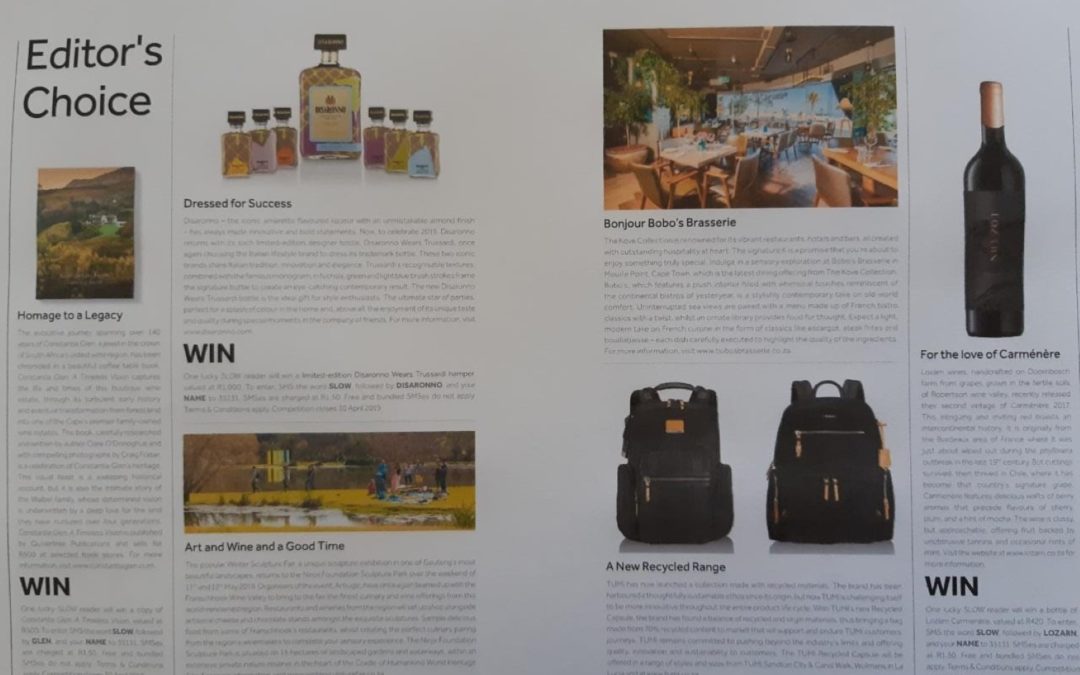 Lozärn wines, handcrafted on Doornbosch farm from grapes grown in the fertile soils of Robertson wine valley, recently released their second vintage of Carménère 2017. This intriguing and inviting red boasts an intercontinental history. It is originally from the Bordeaux area of France where it was just about wiped out during the phylloxera outbreak in the late 19th century.Slow Magazine Read More